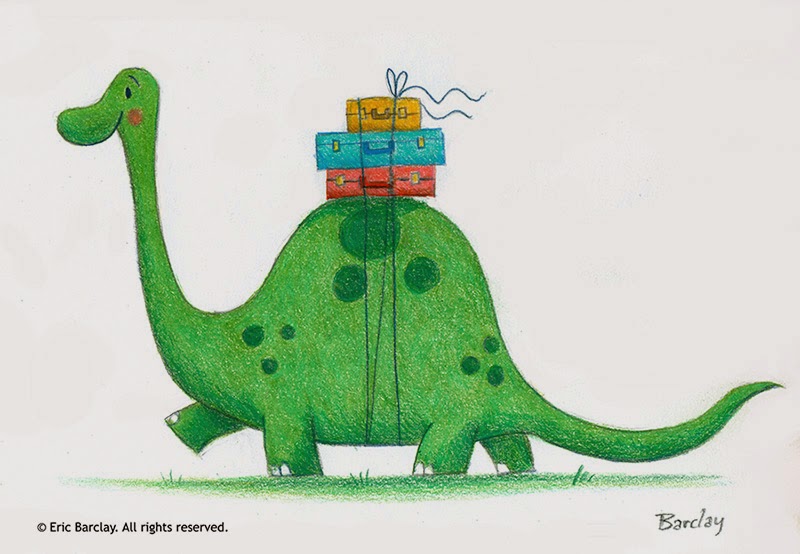 It's time to say goodbye to this old blog. I originally started this site in 2008 so that I could participate in the weekly Illustration Friday prompts... I didn't have a website at the time and Blogger's price (free) was well within my budget. Along the way I've met many artists who have since become friends and colleagues. The comments left on posts provided a real boost and I'm so grateful to everyone who's taken the time to leave an encouraging word.

I'm going to leave this blog up for awhile, but won't be adding any new posts. From here on out, I'll be posting at my website at EricBarclay.com. 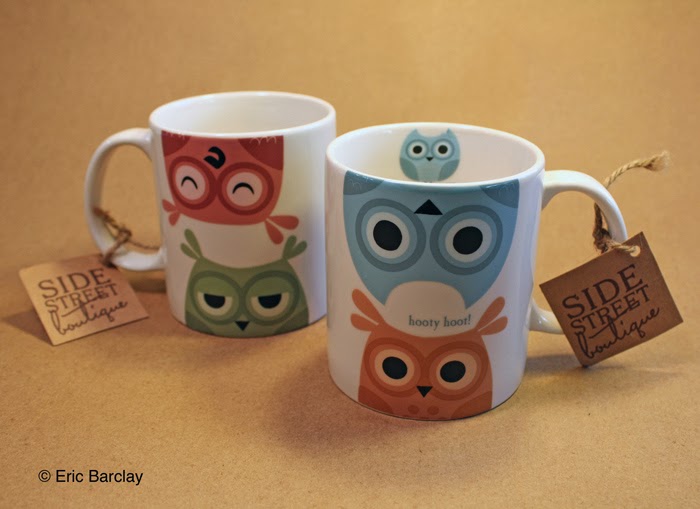 Owl coffee mug for Open Road Brands. These were produced last spring and sold through Home Goods, small retailers and gift shops. Retailers looking to stock them can contact Open Roads by clicking here.
Posted by Eric Barclay at 8:21 AM 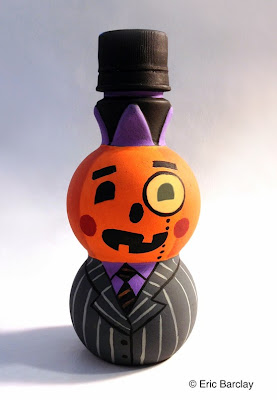 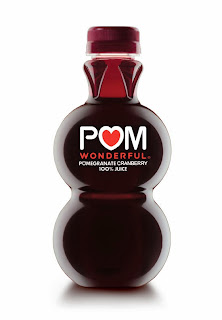 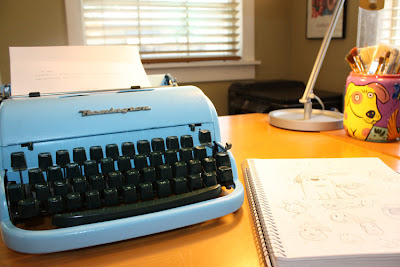 The super talented Renee Kurilla interviewed me on the Simply Messing About blog as part of their SMA Interview Series. There's also some pics of my studio.

Click Here to see it.
Posted by Eric Barclay at 7:27 AM 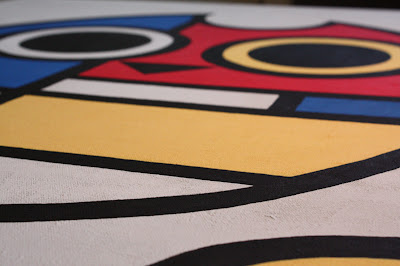 Close up of my "Mondriowl" painting. Acrylic on canvas.
Posted by Eric Barclay at 4:16 PM

HIDING PHIL Is Now Available In Stores And Libraries! 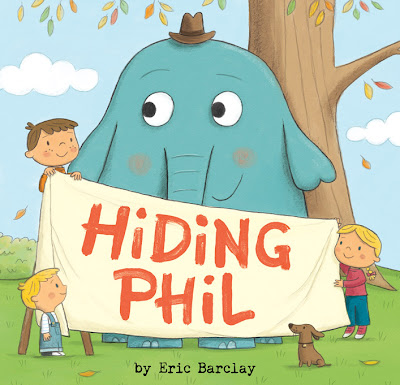 My new picture book, HIDING PHIL, is out!

It's the story of three siblings who come upon an elephant named Phil and decide to bring him home. "Our parents will love Phil!" they cry out. Until it dawns on them: "Uh, oh . . ." No they won't!

So what do they do? Try to hide him, of course! But hiding an elephant proves to be much more difficult than they ever imagined. 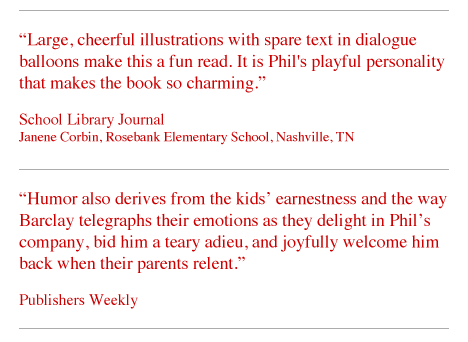 Where To Buy:
- At your Independent Bookseller
- At Barnes & Noble
- At Amazon.com

I CAN SEE JUST FINE Poster and Book Winners! 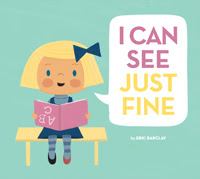 Thanks so much to everyone for participating -- really appreciate the kind words! Randomly selected winners are:

I am putting them in the mail tomorrow. Have a great weekend, all!
Posted by Eric Barclay at 3:43 PM 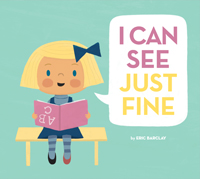 I CAN SEE JUST FINE is now in stores.

Despite Paige’s repeated refrain of “I can see just fine,” the illustrations portray a different story. Paige braves an enthralling eye checkup, enjoys a playful frame selection, and, most importantly, ends up seeing clearly in the end. 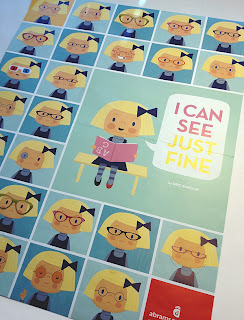 Giveaway!
I'm giving away a signed book and a signed poster. Just leave a comment (can be a simple "count me in") on this blog by 10p ET on Monday, August 12, 2013. I'll draw two names: the first name drawn gets a book, the second name gets the poster.

Where to Buy
Available in Hardback, Kindle, and Nook formats. 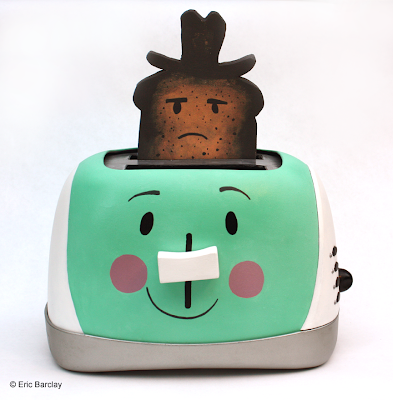 Our toaster stopped working so I decided to make a sculpture out of it. Below is what it looked like before. All the electrical components were removed prior to starting the project (safety first!). The Texas Toast and the front lever (toaster's nose) were fabricated out of wood. 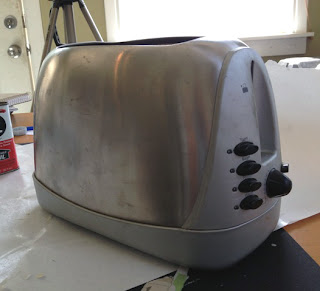 Some of you might remember Milton the Talking Toaster, who was the mascot for Kellogg's Pop Tarts back in the 70's. As a kid, I loved Milton (and the Pillsbury Dough Boy, and Tony the Tiger). Milton was a huge influence for this project:

I Can See Just Fine 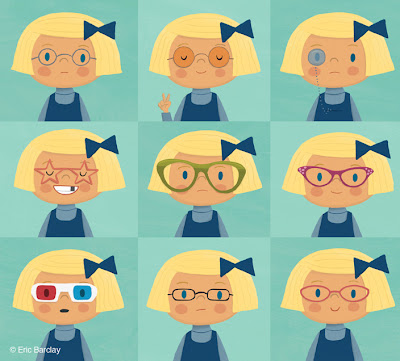 A sneak peek of my upcoming book, I CAN SEE JUST FINE, due out this August and published by Abrams Appleseed. It's the story of a little girl who is absolutely certain she does not need eyeglasses... in spite of what everyone else thinks.
Posted by Eric Barclay at 9:26 AM 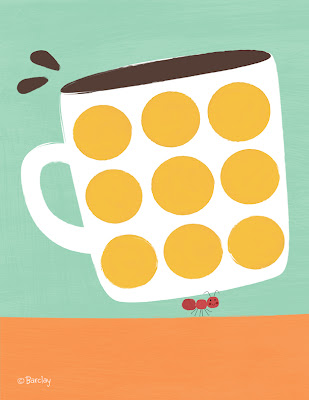 I can't seem to find my coffee mug anywhere.
Posted by Eric Barclay at 12:06 PM

Purchase I CAN SEE JUST FINE 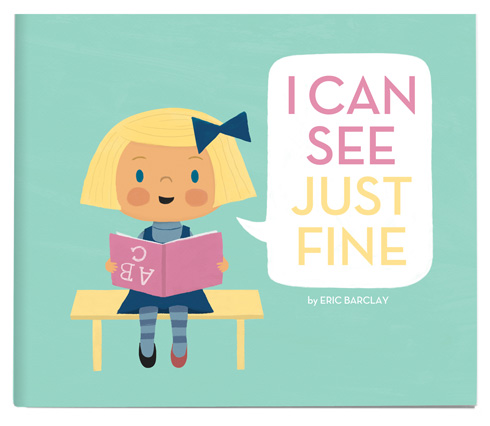 At Your Independent Bookseller
At Amazon.com
At Barnes & Noble 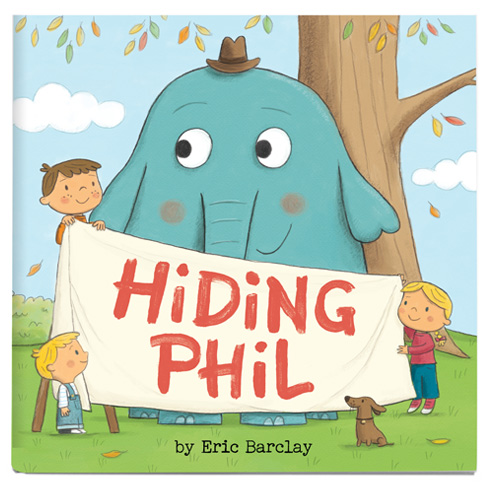 At Your Independent Bookseller
At Amazon.com
At Barnes & Noble

Eric Barclay
Design, illustration, and sculpting things out of odds and ends. Married and proud papa to 2 beautiful girls.

Copyright Eric Barclay. All rights reserved. All images and content on this site cannot be reproduced, redistributed, modified, duplicated, or otherwise used without the permission of the artist.